See how to make brownie pops with this easy recipe. Serve these mini desserts for parties, bridal showers and baby showers, or a cocktail party at home. 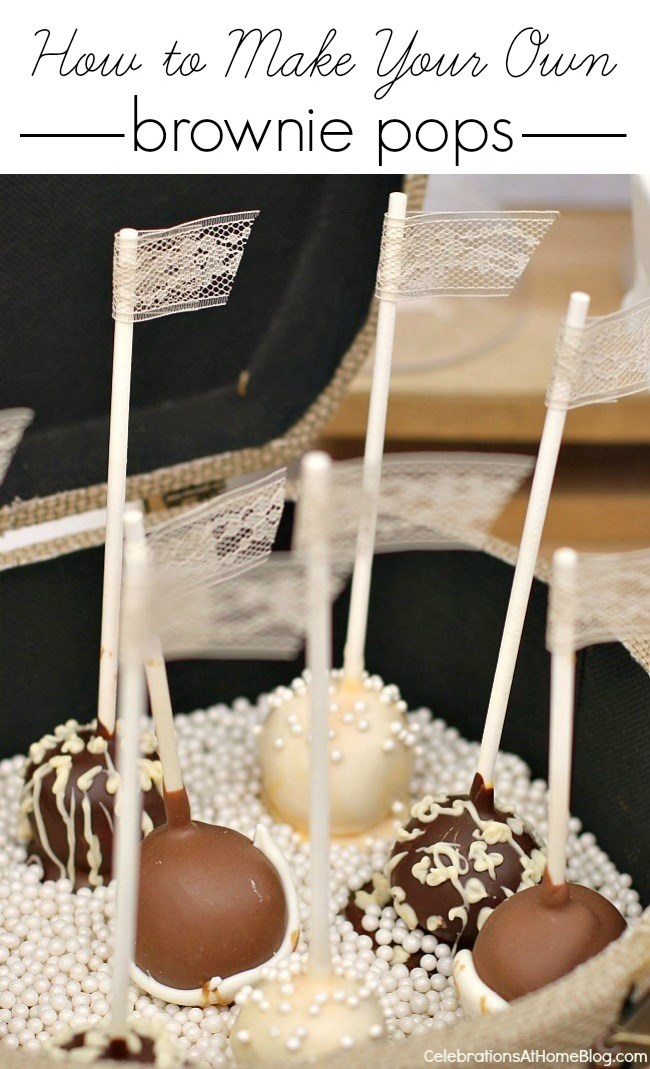 I think this is the final post in the Shabby Chic bridal shower series and it’s all about those amazing little brownie pops on the dessert table. I’ll admit this isn’t the most “unique” concept on the web, but I did want to give them a stand alone post so when you’re searching for a sweet treat to make, you can easily find these.

Cake pops have become a staple item on dessert tables over the last couple of years, but if you’ve ever tried to make them on your own you know how messy it can be mixing in all that frosting with the crumbled cake. I thought of an easier way to make pops several years back for our Christmas cocktail party, and it was to use brownies instead. And guess what…the boxed mix is the best way to go!

Brownies are naturally very moist and deliciously chocolaty – that’s why we love them so much, duh! So when you roll them into balls it sticks to itself easily. No messy frosting required! Are you convinced yet? Need further convincing?

I’ll tell you a little secret – cake pops are sort of hit or miss with me. Sometimes they’re delicious and other times they’re just so so. These brownie pops are a winner EVERY. SINGLE. TIME. I have one girlfriend who called me up begging me to make them for a girls night get together we had coming up!  But don’t take my word for it – try them your self…

How to make Brownie Pops

Mix, and cook brownies according to package directions, following the ‘regular’ method and NOT the ‘cake-like’ method. Allow to cool until able to handle.

Use a mini scoop if you have one and scoop up some of the brownie from the center portion. Roll it into a ball and insert a lollipop stick. Continue until you have as many as you need.

Place pops in the freezer until firm {about 30 minutes to an hour is good}.

Meanwhile, melt your chocolate using a double boiler. Remove brownie pops and dip them one by one into the melted chocolate, using a spoon to help cover all the way including some of the stick {this helps is stay secure}.

TIP:  For the best shaping experience, stay away from the crusty edges, and even avoid using too much of that flaky layer that forms on the top.  It’s not as moist as the rest of the brownies so doesn’t stick as well.

For more bite size mini desserts check out our Oreo truffles or these cheesecake pops – another easy option!

To make it all pretty I played around with decoration on these, partially double dipping, drizzling alternate colors, and using sprinkles.  I’ve also done zigzags patterns with an alternate color of chocolate too – the sky’s the limit when it comes to decorating!

Place them on a dish or tray and surround them with sprinkles like I did here, for a beautiful dessert table presentation. 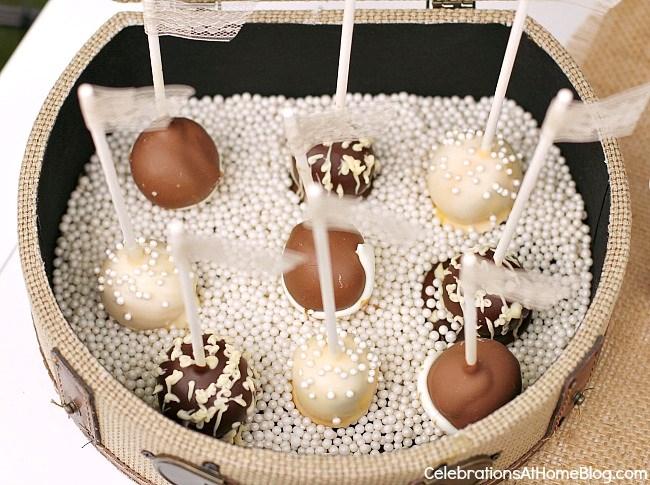 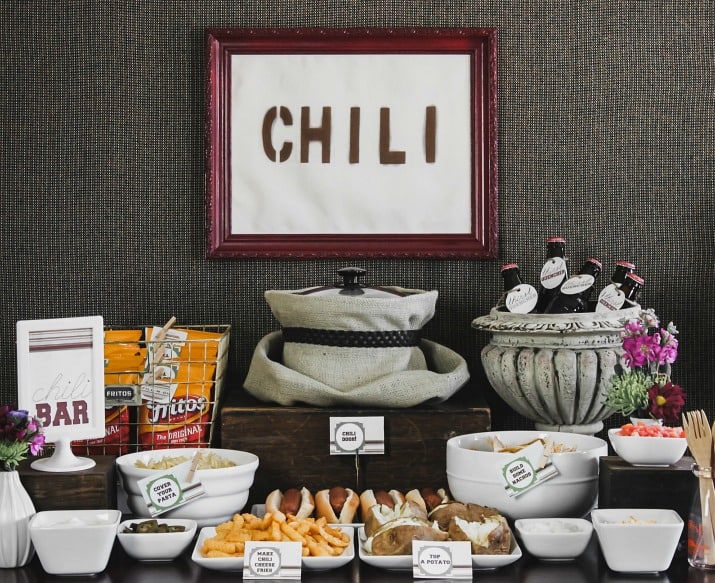