After receiving this Ninjago themed birthday party from Anders Ruff, I may have to bring them here to Richmond so they can recreate it for my own son! If your little guy is crazy for Lego Ninjago too, then there are a ton of great ideas to take away and incorporate.

The party was for Maureen’s sons 7th birthday and she incorporated Asian themed elements to transform the environment. Items like bamboo plants, Shoji screens, hanging lanterns, and Chinese take-out boxes were all part of the mix. Red lacquered tables from IKEA were place together to create one long dining table {with pillow seating of course}, and 3 more snack & favor tables were placed around the room, each with it’s own unique look. The Anders Ruff team designed a Ninja themed printable collection to complete the look and it all turned out amazing.  Check out all the photos, party tips by Maureen, and vendor list below… 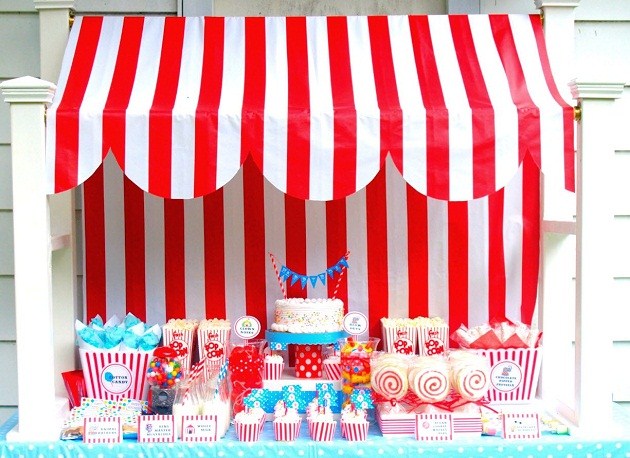