Just in time for summer, Gwynn of Gwynn Wasson Designs sent me these photos of a fun-filled first birthday party.  The colors of the ocean, whales, fishnet, and a sassy play on words makes this an inspiration piece you’ll want to create yourself.  Read on for all the details from Gwynn herself… 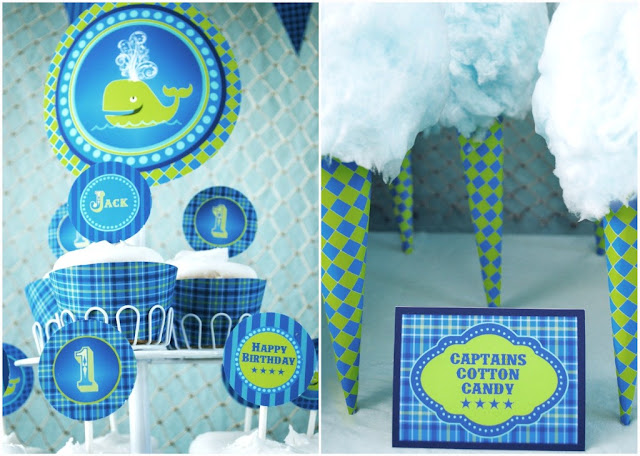 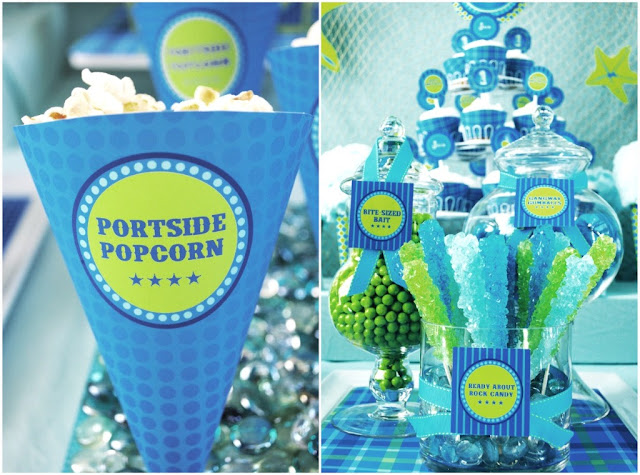 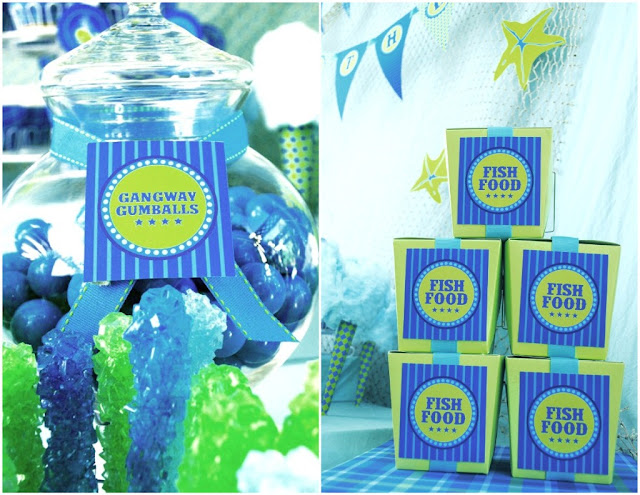 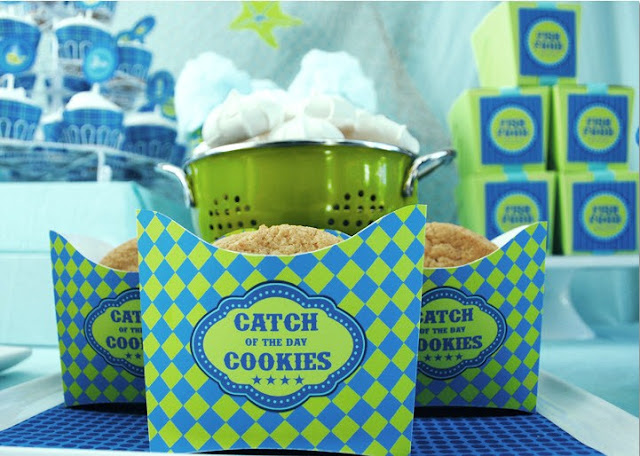 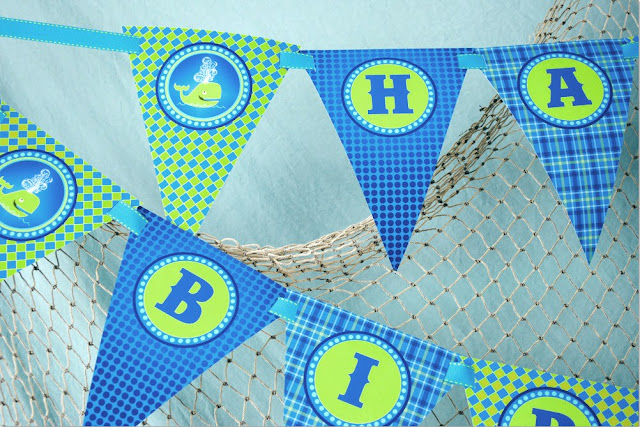 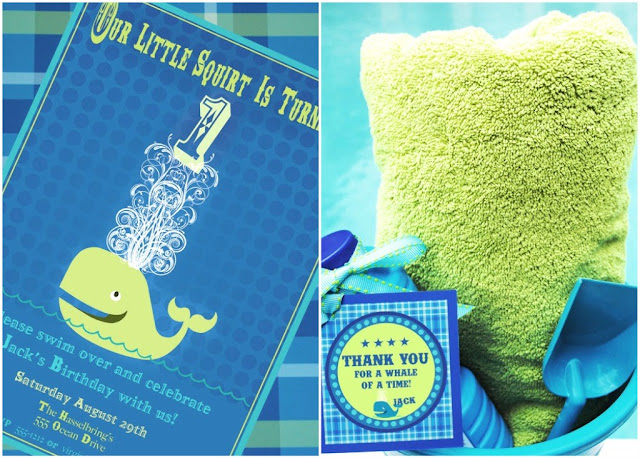 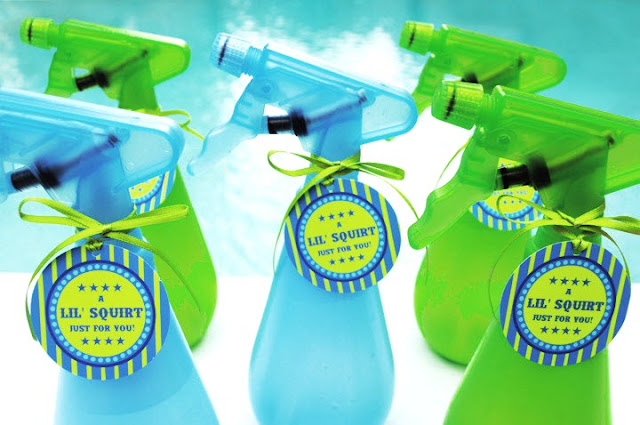 “For Jack’s first birthday, I was asked to put together something that didn’t feel too old, or too typical but still had a nautical flavor. I chose to use various shades of blue and aqua and then give it all an unexpected modern twist by introducing bold shots of chartreuse. Given the fact that Jack, at the ripe old age of 1, was still a little guy, and sometimes was referred to as a Lil’ Squirt, we decided to tie that nickname to the image of a whale and use that as the icon for the party. It was incorporated into all of the party items (available in my shop) from the invitation all the way to the favor tags.
For the older kids we created box lunches with jelly(fish) and cream cheese sandwiches cut to look like starfish, goldfish crackers, (sea) cucumbers, and carrots cut to look like sea anemones. The lunches were packed into take out boxes and labeled as “fish food”.
The dessert table was created on a budget. Popcorn, cupcakes, cotton candy, meringues and cookies were all purchased from a local grocery store for under $40!
During the party, all of the kids were given a Lil’ Squirt of there own to play with. (There seems be nothing kids like better than to drench things with squirt bottle. It truly keeps them occupied for wonderfully long periods of time!) And when the party was over, everyone left with a pail full of favors so that they would be fully equipped for their next “nautical” adventure!”
Thank you for the wonderful party Gwynn!  Find the “Little Squirt” printables set in her shop – just in time for pool parties! 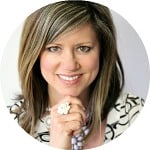